One of the great things about running is that it offers a unique and satisfying way of experiencing the places you live in, the places you visit, and the places you pass through. There is, and I think I speak for many runners out there, little more exhilarating than experiencing a new running track. Venturing out into the unknown with an incredible view, surprise, animal (?!) just around the next corner is one of the most motivating things imaginable. And at the same time there is nothing less so than running the same old track over and over and over again.

I believe runners are incredibly lucky in that their activity gives them a kind of closeness to landscape – may it be urban, rural or outback, that you simply cannot experience in any other way than on foot. And while hiking is definitely my second – favorite pastime to running, the latter takes you not only farther in terms of distances, it also takes you further physically. A friend told me, I had a glow around me after just having finished running 18miles in humid heat. If I can ‘glow’ after something like this, what can be bad about running?

There is a magical thrill in discovering new places that takes over the minute I step out of the door. Let me show you what I mean in a few episodes and pictures of my running experiences in 2013:

In Chicago, running along the Lakefront is mandatory for any respectable Chicagoan. This never gets boring with a new and amazing view of the city behind every bend, and even on a grey day the ever changing color of the lake provides distraction if not the colorful runners, walkers, skaters, scroungers around. One of the most fun times to run in Chicago for me is winter. The path along the lake is not crowded yet and the contrasts of lake blue, snow white and city scrapers are mesmerizing. The cool windless dry air finds its way into every part of your body making you feel alive. 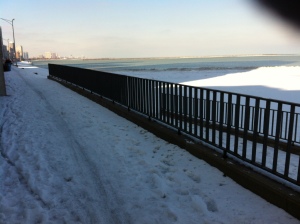 When I went to California for a short trip in February, one of my greatest pleasures was to ditch the long pants and fleecy running gear of icy Chicago for shorts and a light jacket! And running around a deserted Berkeley campus was well worth getting up early for. 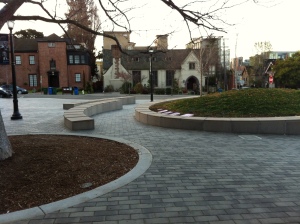 Running in Darwin gives you everything you could ever want as a runner and a little extra. Beach, lots of parks and tracks, fellow runners for motivation. Plus a bit of heat on the side to make you never forget your central European roots of moderate climates.

In Bali I had to share the road with many others: people, cars, roosters, dogs and pigs to only name a few. But one of the amazing things was: Every single person I met while running smiled at me: Children, young and old men, women in hijab and in colorful Hindu dresses.

Running in Adelaide along the beach of the Southern Ocean is nothing short of amazing and beautiful. I felt reminded of some of my first running experiences when I lived there once with a salty sea breeze in the air and a few but never too many sturdy runners around to keep you company. Oh, and a pelican around the next corner. 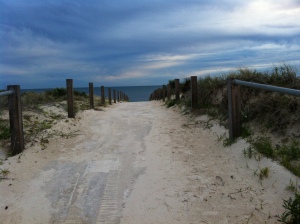 In Horsham, Victoria I was alone to run on dirt roads, through flat fields stretching endlessly into the distance. It is a daunting landscape for a runner without much to distract the mind. But an open sky like that can at the same time open up so many possibilities for thoughts and ideas to come out that have been in the back of one’s mind for far too long.

Running in Daly River is such a unique experience, it deserves an entry of its own. And it will! For now, there is a red picture…

At the end of the day it doesn’t matter where you run, or how far, or with whom. All that matters is that when you take that step out of the door, you free not only your feet, but also your mind and spirit for ever new amazing and unique experiences. Happy running!