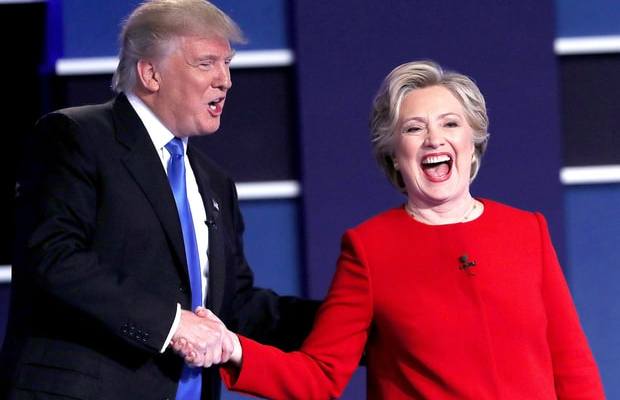 Unless you live on a Martian volcano or have consciously and willfully decided to avoid all things politics this year, you are no doubt aware that a presidential debate between Donald Trump and Hillary Clinton took place last night.

Walking home yesterday, I saw the two candidates’ faces in every TV screen through the windows of my Chicago neighborhood. A red blob crowned in blonde next to an orange fluff on top of stocky dark shoulders. Like 75 million other people I wanted to watch the debate. I was curious about what was going to happen. I wanted to see a matchup of wit and charisma.

But what I saw was anything but. The two candidates did not debate. They talked AT each other, occasionally yelled insults, chuckled about each others’ inconsistencies, and recited carefully learned phrases and statements. The “debate” was nothing more than pure, sometimes even poorly executed entertainment and never meant to provide any real information.

And the million-dollar question is: Why does the media portray these debates as an invaluable milestone in the election process for undecided voters?

Because in America, politics is entertainment. No more. No less. 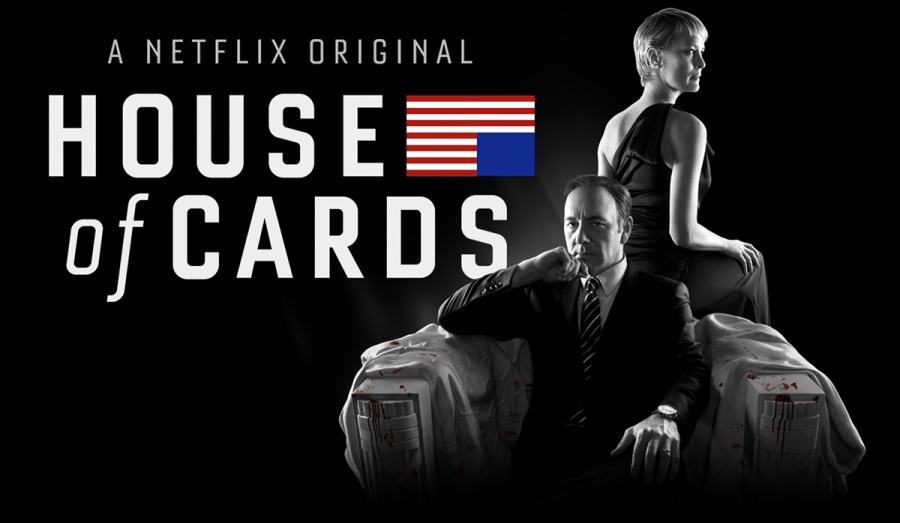 8 Reasons why American politics are all entertainment

Politics is the entertainment branch of industry. – Frank Zappa

This is the country that gave the world Hollywood and Broadway – pure, sensational, and unspoiled entertainment. If you can make it here, you can make it anywhere. One of America’s greatest export successes and tourist draws is its entertainment industry. It is the envy of the world. The most important awards and prizes of the industry are given out here. The country looks to hollywood for discussion and interpretation of current and historical events. As a result, the American people have gotten used to seeing entertaining snippets rather than dull factual talk to understand their  country’s political direction.

2. Mixing politics and entertainment has a long tradition

In The New Colossus engraved into the Statue of Liberty it reads:

“Keep, ancient lands, your storied pomp!” cries she
With silent lips. “Give me your tired, your poor,
Your huddled masses yearning to breathe free,
The wretched refuse of your teeming shore.
Send these, the homeless, tempest-tost to me,
I lift my lamp beside the golden door!”

Now, that’s an effective invitation and a dramatic one. Entertaining, no doubt, but true?

And a governor of California. Do I need to say more?

4. America’s obsession with the First Lady

Is nothing short of a continuation of a long history of royal worship in Old Europe. In no other country is as much importance placed on the spouse of the country’s leader. And why should there be?

Guess what, these people have their own lives and careers. Joachim Sauer, Angela Merkel’s husband, for example, is professor of chemistry in Berlin. Lucy Turnbull, wife of Australia’s prime minister Malcolm Turnbull is a successful business woman and former major of Sydney. Michelle Obama is a lawyer and worked at the University of Chicago Hospitals in leading administrative positions. Until she decided/was expected to take a leave of absence to support her husband’s presidency.

And what do you really need the First Lady for? To share cookie recipes, accompany their important husbands to state meetings, and support honorable yet somewhat negligible causes. In short, for entertainment purposes. Bravo.

5. America created a capitol city of obelisks and temples

These are symbols of the Old World. Of power and might installed by the governments of ancient Egypt, Rome, and Greece. That America thought nothing of adopting them into their own capitol designed from scratch shows how well its founders understood the power of architecture, symbols, and, yes, entertainment and awe for the masses (voters). They form part of the government’s imposed and powerful perception onto its people.

Of course, these symbols were not invented by America, but their astonishingly effective use is paralleled only by China and North Korea in this day and age.

6. The cultural narrative of America is that of a chosen people

All countries and peoples have cultural narratives, but the story of Americans as God’s chosen people ever advancing forward is incredibly deeply ingrained than. The sky is the limit. Further and further west, pushing over every border, until the final frontier became space. This narrative is more than entertaining. And it continues onto today in old and new stories about what “the founding fathers would say, think, or do to justify political  and action and events.

7. The entanglement of sports and politics

Singing the national anthem in front of a dramaticallu a waving flag before every professional and unprofessional sports game is a uniquely American tradition. How much importance is placed on this symbolic gesture, is currently becoming very clear in the Kaepernick controversy.

No other country mixes its politics so much with its favorite past-time entertainment. Elsewhere, singing the anthem is reserved solely for international sport events and would be deemed highly inappropriate otherwise.

A jaw-dropping number of Americans get their political news from The Daily Show, John Oliver, Stephen Colbert, Late Night, The Tonight Show, or Full Frontal. Flavor the news with humor, invite politicians to dance, and serve a biting punch line as the cherry on top. Voila, you have some of the most successful shows on American Television – an entertaining view on politics.

And yet you still wonder why the American elections are a spectacle beyond measure and comparison? Wonder no more, but please, do not expect substantiality or content in any of the following debates until November 8th. Expect entertainment but start thinking about real political change and stop listening to debate analyses. They are utterly meaningless.