This year has been a rollercoaster ride of public emotions and opinions. The political landscape in the US is more divided than ever. Every day we “learn” something new about one evil over the other and how only one way (mine!) is the right way forward. How do you make sense of it all? How do you decide what is right for you?

Recently, I “liked” a new page on Facebook. A libertarian site called Reason Magazine that I knew nothing about. I had sought out the page and “liked” it when friends had posted a link to a video and I agreed with what I saw. Then something unexpected happened. During the next few weeks I noticed that my newsfeed was suddenly filled with stories different from what I would normally find there. For example, in the aftermath of the Orlando shooting Reason Magazine posted many articles supporting the NRA’s and many conservatives’ initial reactions to the tragedy. They argued that the shooter would have been stopped if people in the night club had been armed or that banning assault rifles is not the solution to America’s gun violence.

I happen to disagree with the implications of these articles.

So, after a few days of shaking my head at this, I became inclined to “unlike” the page. While I rigorously agreed with some content, I felt almost appalled by others. So much so, that I realized I did not want to send out a wrong impression of actually supporting some of the pages’ sentiments. My “likes”, after all, are visible to my Facebook friends.

When I was about to click the “unlike” button, I stopped in my tracks. Suddenly I realized, while I may not agreed with some of Reason Magazine’s positions on gun control (or lack thereof), I had been somewhat fascinated to learn about the other side’s arguments. I actually enjoyed following reasoning untainted by interpretation and scrutiny from “the other side”. Well, to be perfectly frank, from my very own side.

Understanding if not agreeing became my new favorite pastime.

I found myself suddenly aware of a whole new world beyond the familiar (social) media bubble where my own opinions echoed loudly back at me from favorable news sources and obliging friends.

And then it struck me: This is what it is like for many people today. Our lives revolve around social media – this is where we get our news and input. Whenever something dramatic happens in the world, Twitter knows about it first. Facebook is the first to express emotion, opinion, sentiment, approval, anger, resentment.

We have all become our very own centers of the universe where what we receive as “news” is actually merely a reflection of what we like and want to hear.

The journey to the New World

How did we get here? The rise of social media has allowed us to unplug from unwanted opinions. We can easily avoid hearing the “news” we don’t agree with. And the two large social media sites actively support this effect in the terminology they chose. On Twitter we “follow” people, parties, companies, causes, while on Facebook we “like” them.

Let’s take a closer look at the semantics of these words and how they affect our behavior and actions. Both verbs are transitive and need a subject or agent that actively affects an object or patient. You always “like” something or somebody. It would be fairly odd to hear an exchange like this:

You: “How about that Taylor Swift, she’s great, ey?”

Now while you also need to “follow” someone or something, the relationship between subject and object here is somewhat less strict. It is perfectly fine to hear the following:

Me: “I need to finish my chocolate milk. But I’ll follow next week for sure!”

In my response “you” is implied (“I’ll follow you next week”), but it doesn’t need to be explicitly expressed whereas “like” always demands an object – even non-referential “it” as in “I like it!” That needy little bugger.

So let’s just say that to “follow” something or someone creates a less tight bond, a less strict relationship than “liking” does. It is somewhat more generic and can leave the object of following out of the conversation.

Most importantly, “liking” something or someone denotes a positive emotional reaction. The object of affection is directly affected by someone liking it. Usually, at least some consideration goes into the action of liking someone. Fundamentally, it also requires the object to trigger somewhat positive reactions in the subject.

“Following”, on the other hand, is more neutral in its meaning. It denotes interest and willingness of the subject to put some effort into an action. However, it affects the object less significantly than “liking” would. There is no emotional investment and no necessarily positive reaction caused by the object. You can be emotionally detached about who or what you “follow”. You merely need to be interested enough to drudge behind. 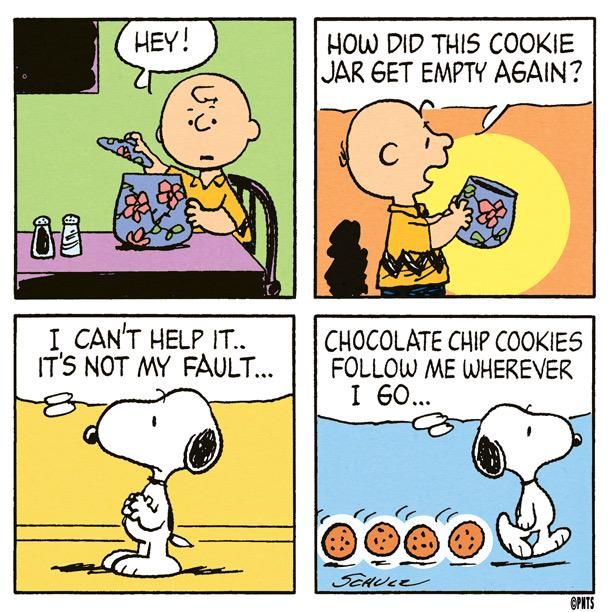 This is what makes it so much easier to “follow” Donald Trump on Twitter than to “like” him on Facebook. Even though the contents of Mr. Trump’s Facebook page and posts are very similar or even identical to what he tweets about. I might get away with being interested in what he is up to by following him, but it’s a different story to admit having an emotional attachment.

What many people forget is that neither the object of affection nor the one you follow needs to agree with you. You can like a person without them liking you back. You can follow someone without their consent (even if that’s a little creepy).

Of course, Facebook is using the terminology purposefully. The site’s biggest assets are user data. What does a 33 year old Chicagoan think, support, worry about? What does she like? And how can we use this to suggest targeted advertisement? Influence her actions?

Because we base many consumer decisions on emotion rather than rationality.

Be a likeable and liking rebel!

So start acknowledging that a digital “like” is not the same as a “real” like. Be a rebel! Stop blindly following Facebook’s doctrine of dividing your world into a neat place of black and white. Stop being in your bubble where you can surround yourself with everything you like and never have to face the cold hard truths of what you don’t. Start opening your eyes to the wealth and diversity of opinion and lifestyle.

And while you’re at it: “Follow” the living daylight out of everything and everyone you are interested in. Not the things and people you neccessarily like, but those you’d like to know more about. Face the uncomfortable. Know your enemies. It is all worth it when you start seeing the world from a point overlooking a sea of opinion and knowledge. You will be so much the wiser. And so much more powerful.

There was an error retrieving images from Instagram. An attempt will be remade in a few minutes.